Entanda cultural community is based in Mityana district Kijjude village which is 1 hour and 30 minutes away from Kampala. Entanda is a community based tourism organization that gives visitors an authentic experience through active participation.

Entanda is a community which links majority of the Ganda culture in the environment through things like music, dance, drama, language, passage rites, dressing, gender roles and cuisines among others. Entanda also promotes traditional practices like Senga talks and Kojja talks , bark cloth making, food preparation and dinning, traditional music, taboos and totems among others. 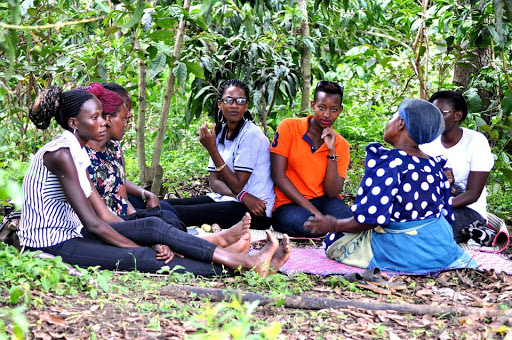 Fresh buffet of fruits where most varieties are always available for example oranges, jack fruit, oranges, sugarcane, pineapples among others which are planted by themselves and harvested and prepared for visitors

Music dance and drama using all major instruments and all interesting performances where they dance dances like bakisimba, mawogola and Nankasa. They use drums like endigidi which is a tube fiddle for melody, Endele (flute),Engalabi which is a long cylindirical drum, amadinda (xylophone), Embuuntu i.e. large drum loved for giving different rhythms among others

Food harvesting where Baganda’s staple food are banana’s known as matooke which are harvested freshly and peeled from the garden and preparation of luwombo where food is wrapped in banana leaves and for the sauce is normally wrapped in a smoked banana leaf and put on top of the matooke and it’s the steam that comes out of the matooke that prepares it until it’s ready. When the matooke is ready they gently smash it and

Bark cloth making which is an ancient craft of the Baganda people who live in the Buganda kingdom in southern Uganda. Traditionally, craftsmen of the Ngonge clan, headed by a kaboggoza, the hereditary chief craftsman have been manufacturing bark cloth for the Baganda royal family and the rest of the community.

Games like football, rope skipping, board game known as omweso, bow and arrow among others. Games like omweso were normally played in the kingdom especially when the Kings known as the Kabaka was discussing political issues. 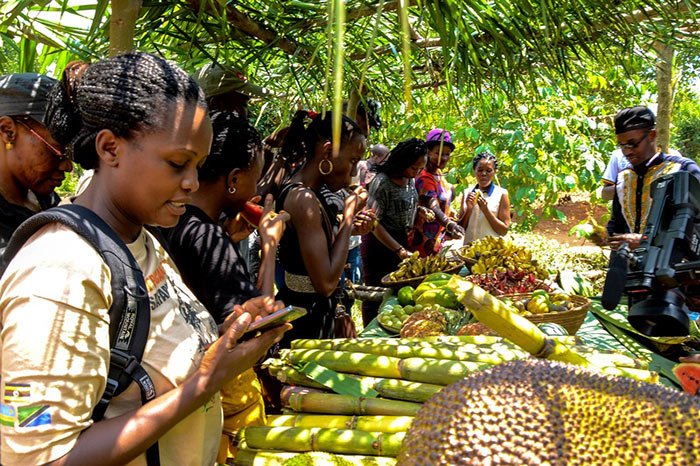 Local medicine and wine processing and tasting where they make brew is made from a given type of banana species locally known as amabidde. These bananas are grown specifically for brewing. And eaten where famine stormed villages. Amabidde (Bananas) are grown and not mixed with other types of bananas.

Classes of traditional dressing i.e. lessons of wearing a Gomesi where the women in the area are Baganda and help people teach them on how to wear Gomesi’s

Local honey testing in combs depending on the season

Sex education from the Aunties who are known as the Senga’s and the uncles who are Koja’s where it’s a tradition in Buganda where the uncles and aunties are obliged to teach the children on how to behave especially in marriage and also on what a girl is supposed to do as a girl for example a girl in Buganda always had to cook and if she got married she was expected to be respectful and well behaved and put in practice what the Senga taught her.

Entanda is a good village and when you take a walk to go for football your able to get a view of large gardens of tea plantations where the gardens are all green and at the same level. It a peaceful place which is quiet and the people are friendly.

Entanda can be visited throughout the year but always its best to visit during the dry season. It takes 1 hours and a half to get there where it’s about 10 to 15 minutes from Wabigalo trading centre in Mityana to Kujjude village.

Want to join the discussion?
Feel free to contribute! 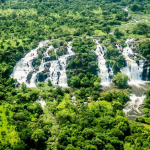 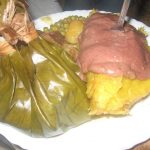 Culinary Tourism in Uganda
Scroll to top
error: Content is protected !!
Open chat
Chat with us on whatsapp